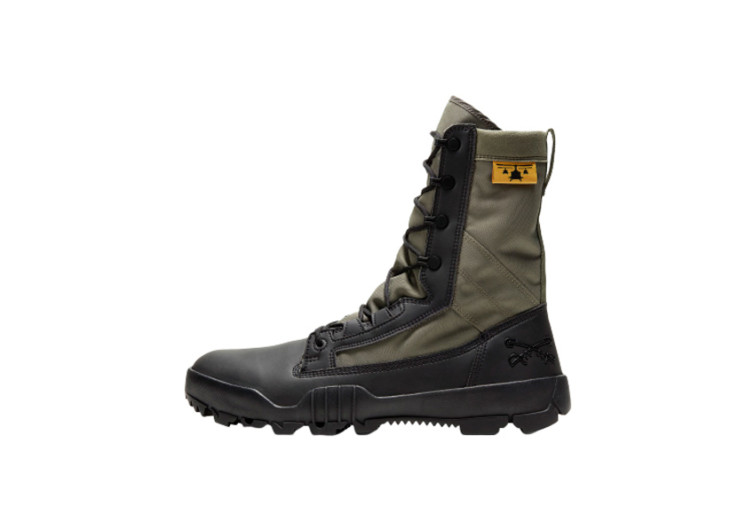 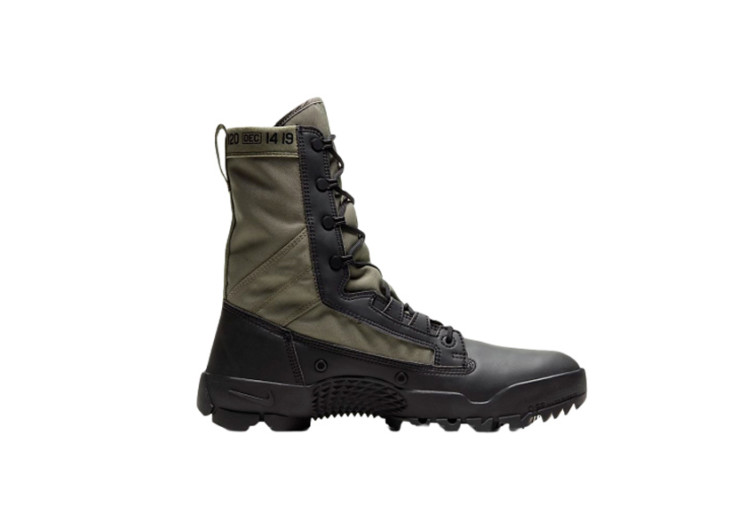 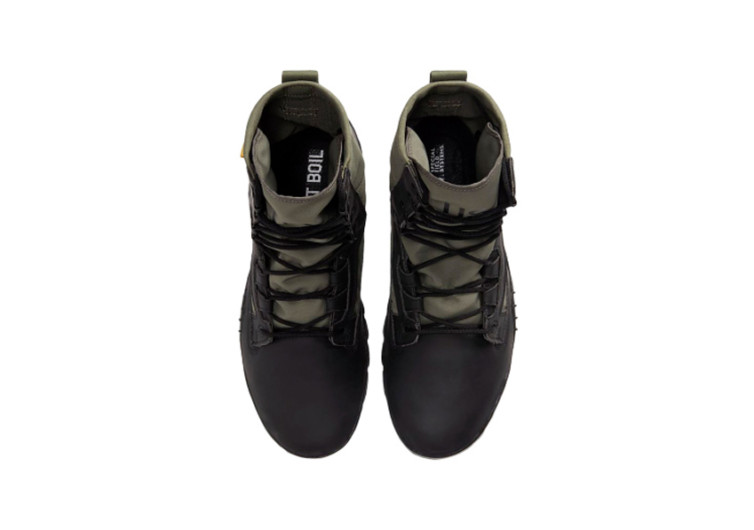 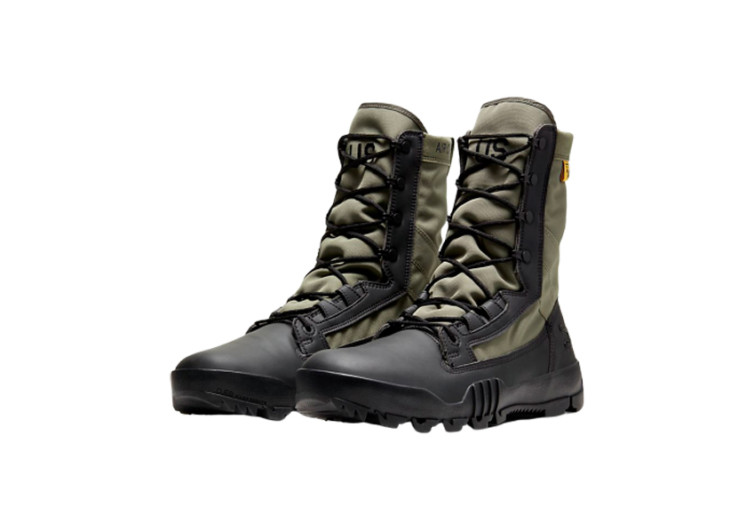 While Nike is best known for its sports performance and lifestyle footwear, they’re also pioneering when it comes to collaborations and collections, drawing creative inspiration from unexpected places. From NASA to the U.S Army, some of our biggest institutions and establishments have been given the Nike treatment.

Step forward, their latest Nike SFB Jungle WP Tactical boot, which has been designed to pay homage to the combat boots worn by the 1st cavalry division in the Vietnam war. Adding toothier Social Field System collection, which is all about honoring those who serve to defend and protect us, this boot incorporates elements of field-inspired tactical gear.

It specifically draws inspiration from the M-1966 boot, and this can be seen in the detailing, including a distinctive cross-saber icon alongside a tongue logo inspired by the U.S Military Academy. The high cut boot style is constructed from a rugged khaki textile alongside side durable and stylish black synthetic leather panels. A secure weaving lacing system also ensures a reliable and secure fit.

Other military-inspired decorative accents bedsides that saber motif to the heel and rear of the boot include U.S Army Air Cavalry collar tats and even a “120 Dec 14 9” graphic inscription on the inside of the boot. As these are designed to be a tactical boot, it’s no surprise then that they feature an aggressive all-terrain traction sole with a uniquely designed pattern that provides plenty of grip and durability. The rubber sole measures 0.68 and gives an extra bit of elevation to this limited edition Nike boot. Released in December 2019, they’re unlikely to be around for long, so grab your pair before you miss out. They’re the perfect tactical boots to make a stylish statement in today’s urban jungle.