By Shoe Hero
Published 09:09 am
OVERVIEW
CHECK PRICE ON REEBOK.COM 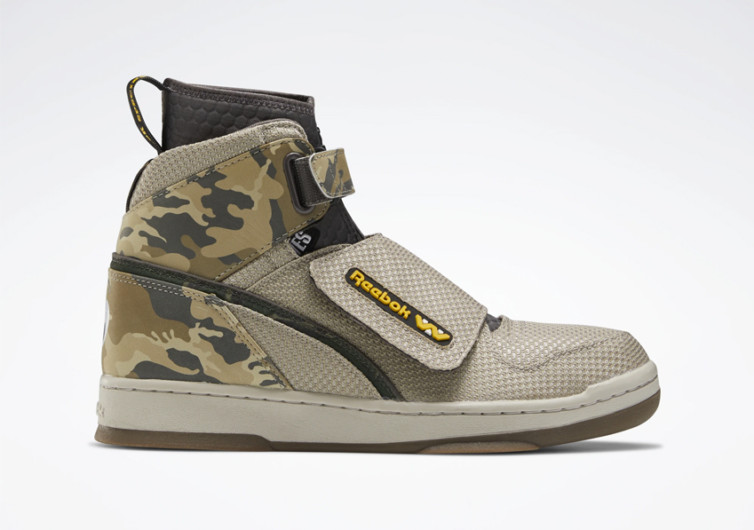 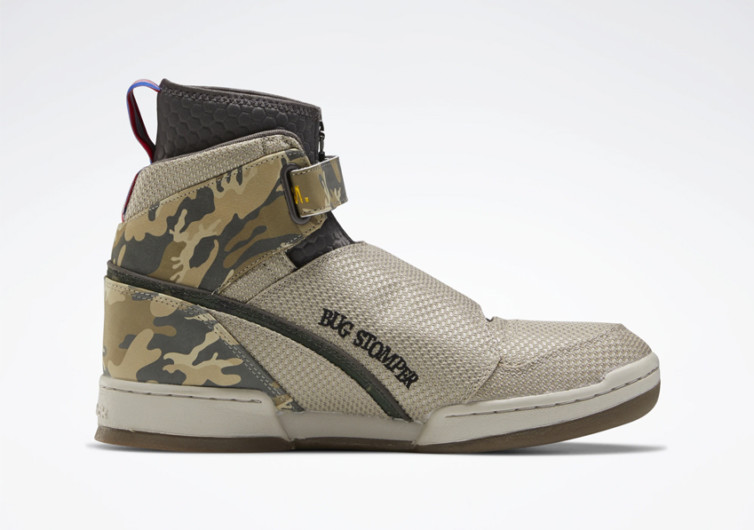 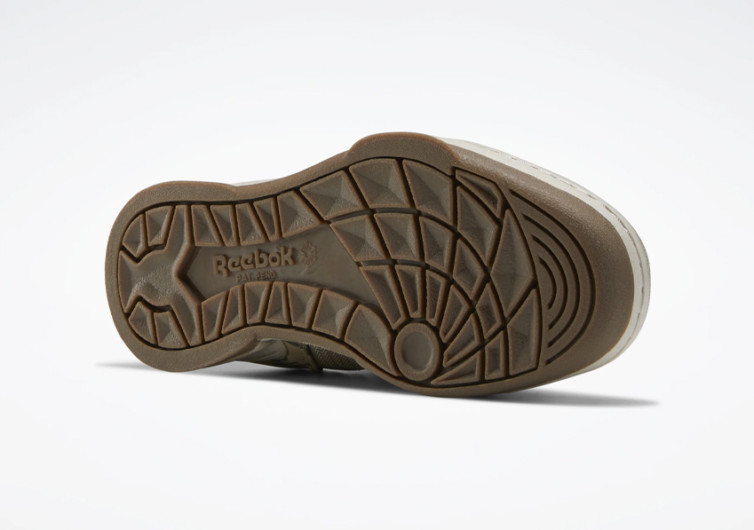 The newest offering from Reebok is a tribute of sorts to one of the most iconic horror films of all time, 1986’s Aliens, which was the sequel to the franchise. The Reebok U.S.C.M. Bug Stomper is not only a welcome addition in the collection of any Alien fan but sneaker aficionados as well.

The pair of kicks, which celebrates Alien Day in 2020, is a modern version of the footwear worn by the Colonial Marines in the second installment of the horror movie franchise. The design is evocative of the pair won by several characters in the ’86 sequel with its camouflage details plus you cannot really ignore the 80s silhouette of the model as well. The back of the sneaker even includes the googly eyes seen on the armor worn by the late Bill Paxton’s character.

These fashionable high tops feature full-grain leather uppers and provide a supple, responsive, and supportive feel to the wearer. The sock liner is molded to give comfort and durability while the die-cut EVA midsole provides some lightweight padding. For long-lasting responsiveness, its outsole is made up of high-level scratch-resistant rubber.

If you are quite fond of the franchise, you will surely appreciate this pair and it will complement all of the Alien figures and memorabilia that you currently own. For those with a defined streetwear style, this is also something you should not miss. Ditto for those with a fondness for the 80s, for this one packs a punch when it comes to the sneaker detailing that permeated sneakers of that particular decade.

You cannot deny that this pair has plenty of style and it’s loaded with comfort factors as well for footwear that is not only attention-grabbing but responsive and cushy on the feet. If you are on the hunt for pop culture-inspired kicks that won’t scrimp on comfort, the Reebok U.S.C.M. Bug Stomper is the top choice.